FPA Asia Report Release “A China Agenda For the Biden Administration” in conversation with Kishore Mahbubani, National University of Singapore. 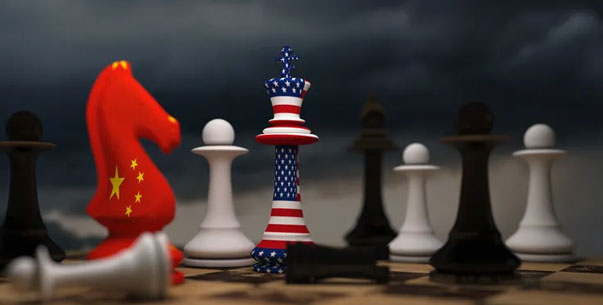 With a new administration in Washington there is an opportunity to recalibrate U.S. strategy for China to reflect today’s reality: an increasingly rich, technically advanced, and confident China that is also the military power in the Indo-Pacific, eyeball to eyeball with the United States that still has vital national interests in that region. Navigating the U.S. / China relationship is the most consequential foreign policy issue of our time and the reason the FPA has published this report by Sarwar Kashmeri, an FPA Fellow, author of “China’s Grand Strategy, Weaving a New Silk Road to Global Primacy,” an FPA Centennial book, and host of the widely followed video-podcasts Polaris-Live.
This report was informed by conversations held on Polaris-Live between January and May 2021 with leading U.S.-China experts from Asia, the EU, and the U.S. about their thoughts regarding what should be key agenda items that they would propose to President Biden’s team to improve the relationship between the two superpowers. Kashmeri’s narrative draws upon these expert views from across the political spectrum and from around the world.
Please join us on Wednesday, July 21, 2021 at 8.30 PM (ET) for the Asia launch of this important FPA report—a conversation between Professor Kishore Mahbubani, noted author, Distinguished Fellow, Asia Research Institute at the National University of Singapore, and Sarwar Kashmeri. FPA President Noel V. Lateef will introduce the event.