POSTPONED DUE TO WEATHER/ New York Democracy Forum: Pakistan and the United States: A Clash of Narratives 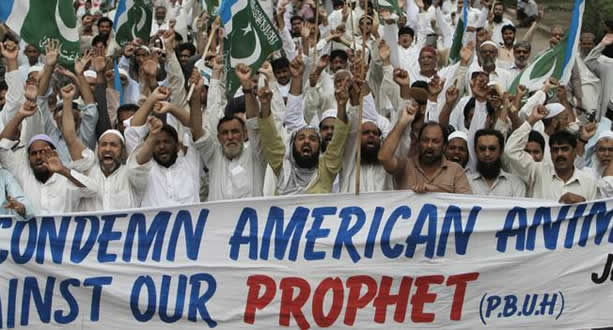 NOTE: This is event has been postponed. Please check back for new date in coming days.

Please join the Foreign Policy Association and the National Endowment for Democracy for a New York Democracy Forum lecture with Husain Haqqani, Director for South and Central Asia, Hudson Institute; Professor of the Practice of International Relations, Boston University; and former ambassador of Pakistan to the United States, discussing "Pakistan and the United States: A Clash of Narratives."

Pakistan and the US blame each other for being bad allies and have their own versions of their 65-year old relationship. In fact, they do not have shared interests (at least as defined by Pakistan’s security establishment) and the pretense of an alliance prevents the US from doing what it might be able to accomplish in countering terrorism if it was working on the assumption that Pakistan is not an ally. Similarly, Pakistan would have less disappointment if its expectations in arms and money were less, knowing fully that the absence of strategic convergence cannot bring the unconditional economic benefits it seeks. Instead of persisting with the pretense that the two countries are allies, Ambassador Haqqani advocates a post-alliance future for the disenchanted allies.