When China Met Africa - Screening followed by Q&A [SOLD OUT] 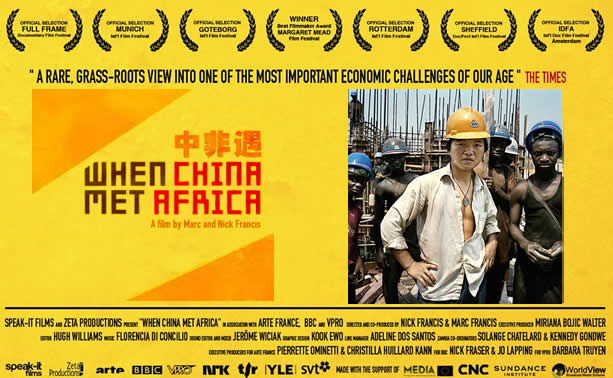 As African economies experience unprecedented growth, no foreign country has been as active in improving its presence across the continent than China.  Please join us for a screening of the first film to document this compelling relationship, "When China Met Africa."  A Q&A will be held with Writer, Director and Producer Nick Francis immediately following the discussion.

Through the intimate portrayal of three key players in the economic relationship between China and Zambia, the expanding footprint of a rising global power is laid bare - pointing to a radically different future, not just for Africa, but also for the world.