Foreign Affairs Live/FPA Special Screening
After the Arab Spring: Syria and Beyond 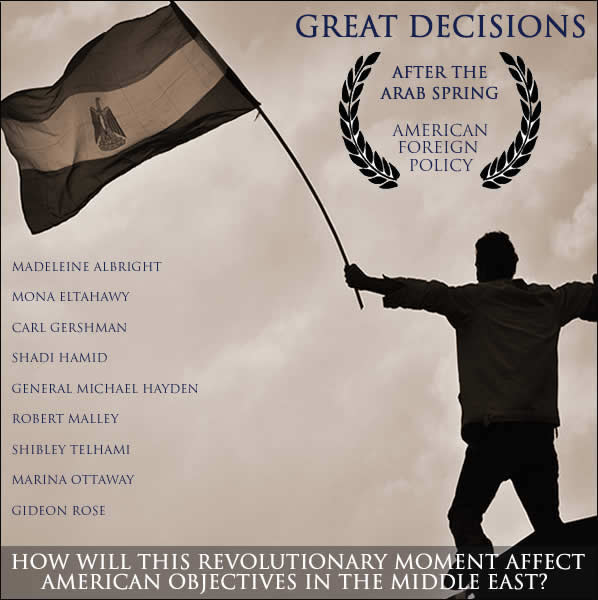 On March 20th at the Council on Foreign Relations in New York, Foreign Affairs Editor Gideon Rose introduced a 30-minute screening of "After the Arab Spring." The episode, produced by the Foreign Policy Association for air on PBS, looks at the revolutionary movements that continue to shake up the Middle East and North Africa.  Following the screening, Foreign Affairs Managing Editor Jonathan Tepperman moderated a discussion with fellow guests on the program Shadi Hamid and Robert Malley that looked at the Arab Spring a year later - including Syria, Libya, Bahrain and other hot spots in the region.